Stone sculptures of Kotor Lapidarium make a singular group of monuments of our past, quite certainly the richest one in Montenegro and one of the most significant on the south-eastern cost of the Adriatic Sea. Present-day Lapidarium is situated in the Romano-Gothic church of St. Michael in Cinema Square, in Kotor Old Town.

The important and exceptionally rich collection of stone objects of Kotor Lapidarium started being assembled back in 1906. In fact, after extensive remediation works carried out at St. Tryphon’s Cathedral in the period from 1896 to 1907, numerous fragments of church furnishings from the earlier stages of the Cathedral and even from other significant edifices of Kotor, were discovered in the altar space. It is exactly these findings, together with other archaeological and architectural fragments found in various parts of the Town of Kotor that constituted the background and the backbone for the establishment of the “Boka Antiquities Society” in 1906, which existed up until 1914. The Society had its Statute or Rules, and its objective was, amongst other things, to “collect, process and put on display ancient stone monuments”.

A small town museum-lapidarium was established at that time to house and put on display stone fragments – objects discovered on the occasion of the already mentioned remediation of the Cathedral. The Museum was housed in the former Church of Our Lady of Rosary, located to the west of the Church of St. Nicholas, in the Old Town of Kotor. The Museum-lapidarium remained there until the end of the World War II.

After 1945, Lapidarium moved several times: underneath the old Summer Stage, near the Northern Town Gate (“Riva” Bastion), St. Michael’s Church in the Old Town, and in the basement of the former Venetian barracks. During 1961 and 1962, a part of the most valuable objects was put on display in the area of the western corner of Arms Square, in the vicinity of “Venier” Bastion. However, after only two years, entire displayed and deposited material was moved to the basement area of the Maritime Museum of Montenegro in Kotor Old Town.

After the 1979 earthquake, which struck the area on 15th April, new troubles began for the most significant Lapidarium on the south-eastern coast of the Adriatic Sea. It was transferred from the Basement of the Museum to the semi-ruined church of the Holy Spirit, from where heavy and voluminous fragments were transferred to the plateau above the Northern Town Gate, whilst those smaller ones were transferred to “Gurdić” Bastion. These smaller fragments were moved to the abandoned church of St. Paul after the bastion had been turned into atomic shelter.

The documentation which had existed for the older period of the Lapidarium (documentation of the “Boka Antiquities Society”) was completely destroyed, so that we do not have the information about the number of objects contained there. However, when it comes to the findings after 1945, especially for stone fragments found during research activities performed by the former Kotor Regional Cultural Heritage Protection Institute after the 1979 earthquake in five Romanesque churches in the Old Town (St. Mary of the River, St. Anne, St. Paul, St. Michael and St. Tryphon’s Cathedral) there is complete technical documentation: inventory record books, photographs and drawings, so that it was possible to obtain all relevant data necessary for their detailed professional and scientific processing.

As of 2004, Kotor Lapidarium has been housed in the Romanesque-Gothic church of St. Michael. It is open to public. 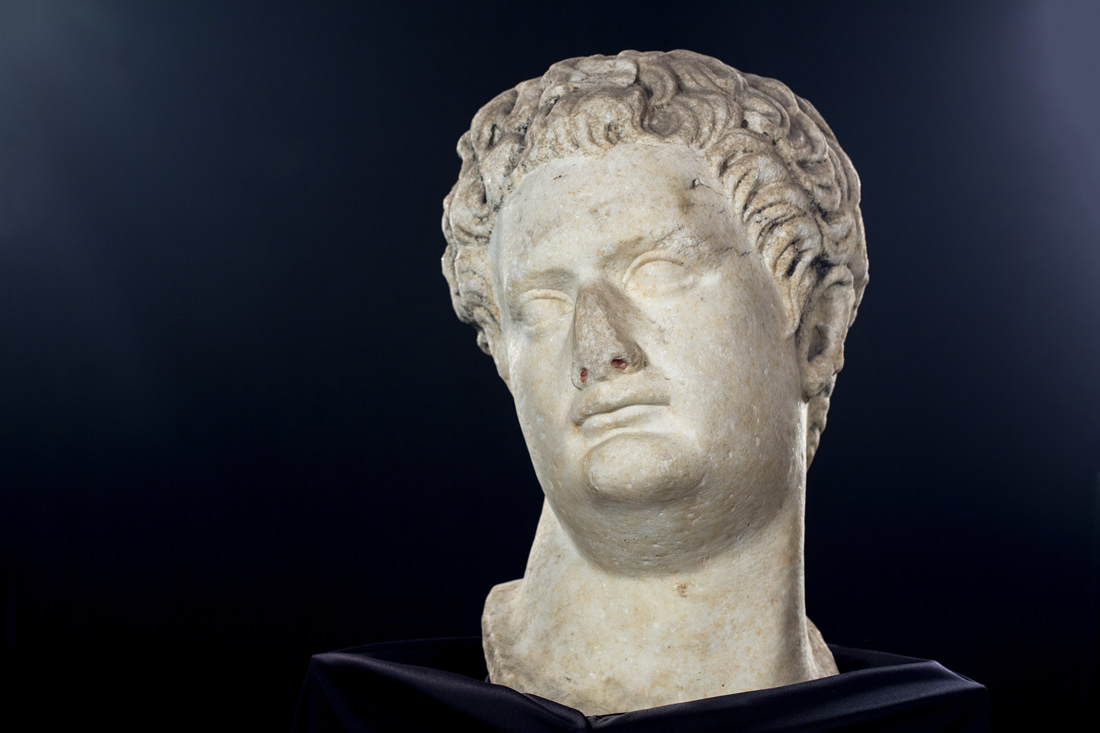 Permanent display of the Lapidarium consists of the objects from the Classical and Late-Classical period, early Christianity, pre-Romanesque, Romanesque, Gothic, Renaissance and Baroque. The objects to be singled out are certainly those considered unique in the world, like the portrait of the Roman Emperor Domitian from 1st century A.D., Illyro-Roman cone-shaped cippuses (tombstones) from the 2nd to 3rd century A.D., fragments of the Early-Christian era, among which the one that stands out is the Agnus Dei relief, but also partly reconstructed stone church furnishings from the pre-Romanesque period. A large number of exceptionally decorated capitals ranging from the Classical period to the Baroque era are also exhibited there, just like several coats of arms of the Venetian Town Governors and ancient noble families from Kotor and Perast: Pezzi, Beskuća, Drago, Paskvali, Magno, Bollini, Bembo, Buća, Bizanti, Vrakjen, Contareno and Visković.

Lapidarium collection is still located in several places inside the Town walls, as well as in the spaces outside these: in St. Paul’s Church, where certain number of objects were put on display during 2017, then in the area of the former Summer stage inside the Town walls, in the Centre for Conservation and Archaeology of Montenegro – Kotor Department, Kotor Maritime Museum, in the repositories located in the buildings number 313 and 314 in the Old Town, in St. Tryphon’s Cathedral, in the Cultural Centre, in St. Mary’s of the River Church, in Perast Museum, in the churches on the islets of Our Lady of the Rock and St. George opposite Perast, then the inscriptions in Perast and objects from the Classical period located in the area of Risan Roman mosaics.

One can say, without any shadow of a doubt, that the objects of stone sculpture of Kotor Lapidarium make a singular group of monuments of our past, most certainly the richest in Montenegro and one of the most significant on the south-eastern coast of the Adriatic coast. For this reason, one can find it hard to accept that this singular collection has been unjustifiably neglected during the past several decades by those most responsible ones, has sustained significant and almost irreparable damage due to frequent relocations, thefts or breaking by modern vandals.

As it has been already said, Kotor Lapidarium is currently housed in the former St. Michael’s Church. Being a relatively small exhibition space, only one part of the most significant objects have been exhibited there. It is, therefore, exceptionally important for all exhibits of Kotor Lapidarium, no matter where they currently are, to be professionally processed, recorded, partially or thoroughly restore and reconstruct and, finally, to be presented and exhibited in an appropriate space.