Perast is a town with perfectly preserved town core and as such it is classified among the best preserved Mediterranean towns on the entire eastern coast of the Adriatic Sea. Those who take credit for the glory and the beauty of this town are its inhabitants – those who were building it, who were writing pages of its history and also those who were spreading its fame all over the world.

It is undeniable that Perast experienced its golden era under the dominion of the Venetian Republic, in economic, social and cultural sense. The period from 1420 to 1797 was eventful, full of personalities who were writing into the pages of Perast past, which is reflected in every stone of this town, in the salons of the palaces and in the Museum halls.

The strategic position of Perast, standing at the entrance to Kotor Bay, would give it the status of a checkpoint, both in terms of defence and goods transport. Having no defence walls, with only one fortification above the Town – Holy Cross Fort (built in 1570), Perast defended itself from the towers, built next to almost every noble family palace in the Town. Besides the towers, every house and palace had openings in the walls – loopholes (these were also touched by artists’ hands, thus usually decorated in mascarons, i.e. plain human faces carved in stone).

As skilled seafarers and connoisseurs of navigation skills, the inhabitants of Perast excelled on board Venetian ships and as teachers of maritime skills and shipbuilding. In 1698, Captain Marko Martinović established in Perast the first maritime school in the Balkans by organizing training in navigation skills to Russian boyars. Several years earlier, Matija Zmajević, as a connoisseur of shipbuilding, had been hired by the Russian Emperor Peter the Great, and in 1714 became the Admiral of the Russian fleet.

In the period until the very end of the 18th century, more than 2000 inhabitants had lived in Perast, only for this number to be reduced to as few as 400 inhabitants at the very beginning of the 20th century.

Upon the decline of the Venetian Republic, Perast loses its importance. Failing to accept the new situation, the arrival of new invaders – Austro-Hungarian Empire, then Russia, France, then again Austro-Hungarian Empire led to a big upheaval in the position of Perast, but also in the relation of its inhabitants towards the Town and its invaders. Despite its sombre reality and the decline of its power, glory and influence, aspirations of the inhabitants of Perast for the preservation of everything that resembled its golden era were big and persistent.

The decision on the establishment of the Town Museum was passed unanimously on distant 28th February 1937, in the Town Hall during the session of the Municipal Council which started at 8 a.m. upon the call of the Speaker Mr. Tripo Niković number 624 dated 22nd February 1937.

The Museum collection was composed and collected thanks to the donations of the inhabitants, the heirs to local families, during the second half of the 19th and the beginning of the 20th century. The original location of the Museum was the Town Hall, in the square in front of St. Nicholas’s Church. The part of the Museum collection related to Captain Marko Martinović was exhibited in 1948 in a Perast house on the occasion of 250th anniversary of the training of Russian princes and boyars to navigation and maritime skills, so that the Museum space was enlarged.

The period of the establishment of Perast Local History Museum coincided with the establishment of numerous other local history museums during the 1950-ies pursuant to the decision of the Ministry of Education of the People’s Republic of Montenegro. Representative Bujović Palace, built in the 17th century, proved to be ideal for the Museum objects to be collected and put on display in one area. The Palace was reconstructed in 1957 so that twenty years after its establishment, the Museum got its exceptional space which has so far undergone several stages.

As a part of cultural and tourist offer of Boka Kotorska Bay and Montenegro, in 1967 the Museum got its original name back – Perast Museum, and during 1970 it was enriched with Visković family Memorial museum, which collapsed during the 1979 earthquake.

After the earthquake, for a series of years Perast Museum was closed and the Museum collections were stored in the premises of Kotor Town Hall. In 1992, Perast Museum becomes a segment of the Municipal Public Institution Muzeji Kotor, together with Lapidarium and Gallery of Solidarity.

Following the long-lasting remediation of Bujović Palace, which lasted until 1998, and the construction of an extension, Perast Museum was reopened on the occasion of the 300th anniversary of maritime education and pedagogical work of Captain Marko Martinović.

With its ideal spatial arrangement and wonderful ambience, Perast Museum offers nowadays, one can freely say, perfect conditions for staging cultural events which attract visitors in the same way as the permanent Museum display does. Such space is exceptionally important for the development of Perast and its proper evaluation.

The holdings of Perast Museum is classified as maritime, ethnographic and historical-art collection, with its sub-collections, under the auspices of which there are also the holdings of Visković family memorial museum (their archives and library), Pears Municipality Archives, Elementary School Archives and Perast Museum library.

The collections of the Museum holdings, with about 2000 objects, constitute invaluable wealth in presenting the history of Perast. The objects tell their own story – thus conveying credible image of the life in this town from the 15th top the 20th century.

It is through Museum objects from the maritime collection, which are put on display on the ground-floor of the Museum – model ships, ship-navigational aids, charts and one part of the exhibited weapons from the ethnographic collection, that a visitor becomes acquainted with the most important facts related to maritime affairs and the way of life of the Town through past centuries.

The salon on the first floor of the Museum introduces the visitors to the most significant inhabitants of Perast by way of artistic display (portraits, coats of arms, flags, paintings of ships at sea and in naval battles). Besides numerous museum objects of outstanding historical and artistic value, those that stand out are the portraits of Matija Zmajević and Vicko Bujović, both famous sea captains; then, depiction of the training organized for Russian princes by Captain Marko Martinović, portraits of Frano Visković, Julije Balović, Matija Bronza.

The portraits demonstrate Baroque beauty but also the abundance of data on historical events, events that were not only significant for Perast, but also for major global powers of that time.

Unique depiction of the painter Tripo Kokolja from Perast is also an integral part of the Museum display. Baroque painting of Tripo Kokolja glistened in the palaces and churches of Perast, spreading fame and taste of the inhabitants of this town, which it still does.

The second floor of Perast Museum, besides the objects from ethnographic collection (jewellery, porcelain, ordains, male and female ornaments) exhibits the most significant part of the holdings of Viskovic family memorial museum (furniture and portraits of the members of that eminent Perast family).

Perast Museum, with its objects, stands witness the interests and needs of the inhabitants of Perast for artistic satisfaction, as well as for the acceptance of all modern trends coming from the West. Lavishly dressed inhabitants of Perast depicted on the paintings, but also salons, mirrors and parts of the furniture displayed in the Museum, which once adorned the interiors of Perast palaces, all bear witnesses to that. 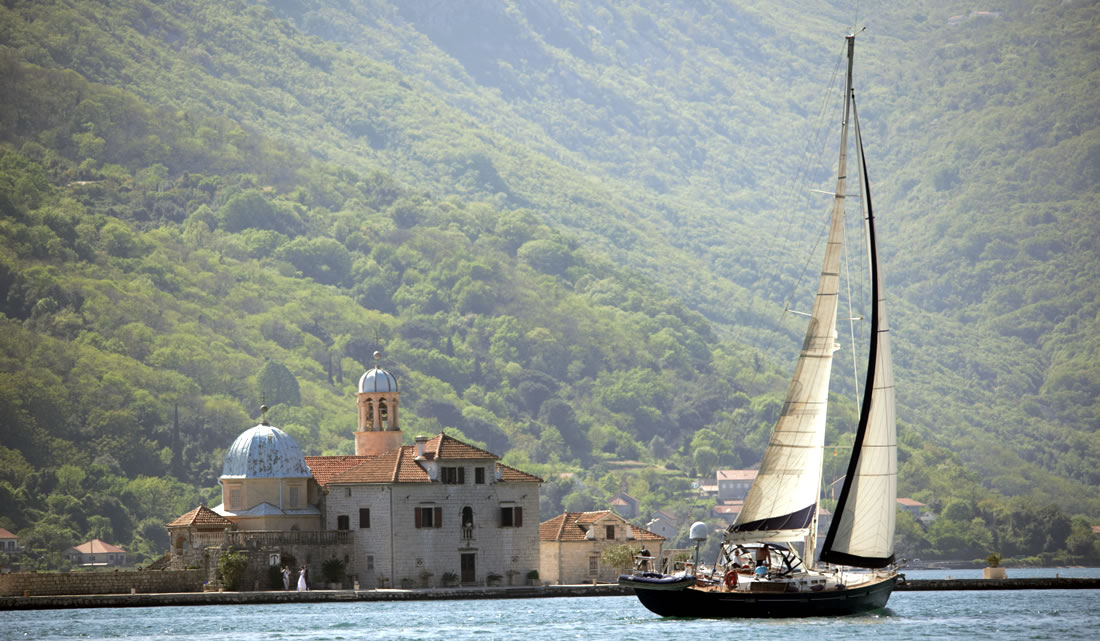